Get up to speed with the origin with updates from your partners at the farm level.

Learn about what's happening in Brazil, Rwanda, Peru, Colombia and Indonesia and get ready to start sourcing!

It can be hard to keep up with the recent volatility of the c-market. On February 9th, prices peaked at 258.45 US cents. On March 15th, they dropped to 211.15 US cents. More recently, after slightly recovering, prices dipped below 210.00 US cents, back to the levels of November 2021. This volatility is the result of a fundamentals war, not to mention the activity of speculators, moving from coffee to cocoa and other commodities.

With the increase in local speculation and the surge of intermediaries on the ground, the pressure on prices keeps growing and commodity producers are holding coffee in the expectation that the Brazilian winter might bring better prices once again. The weather in Brazil has been good this year so far but there are concerns about frosts. Though some, more sceptical, say that speculation on frosts is as much of a seasonal phenomenon as coffee itself.

Source directly from producers and change the way coffee is traded.
Join today!

Get your copy of the harvest update here! 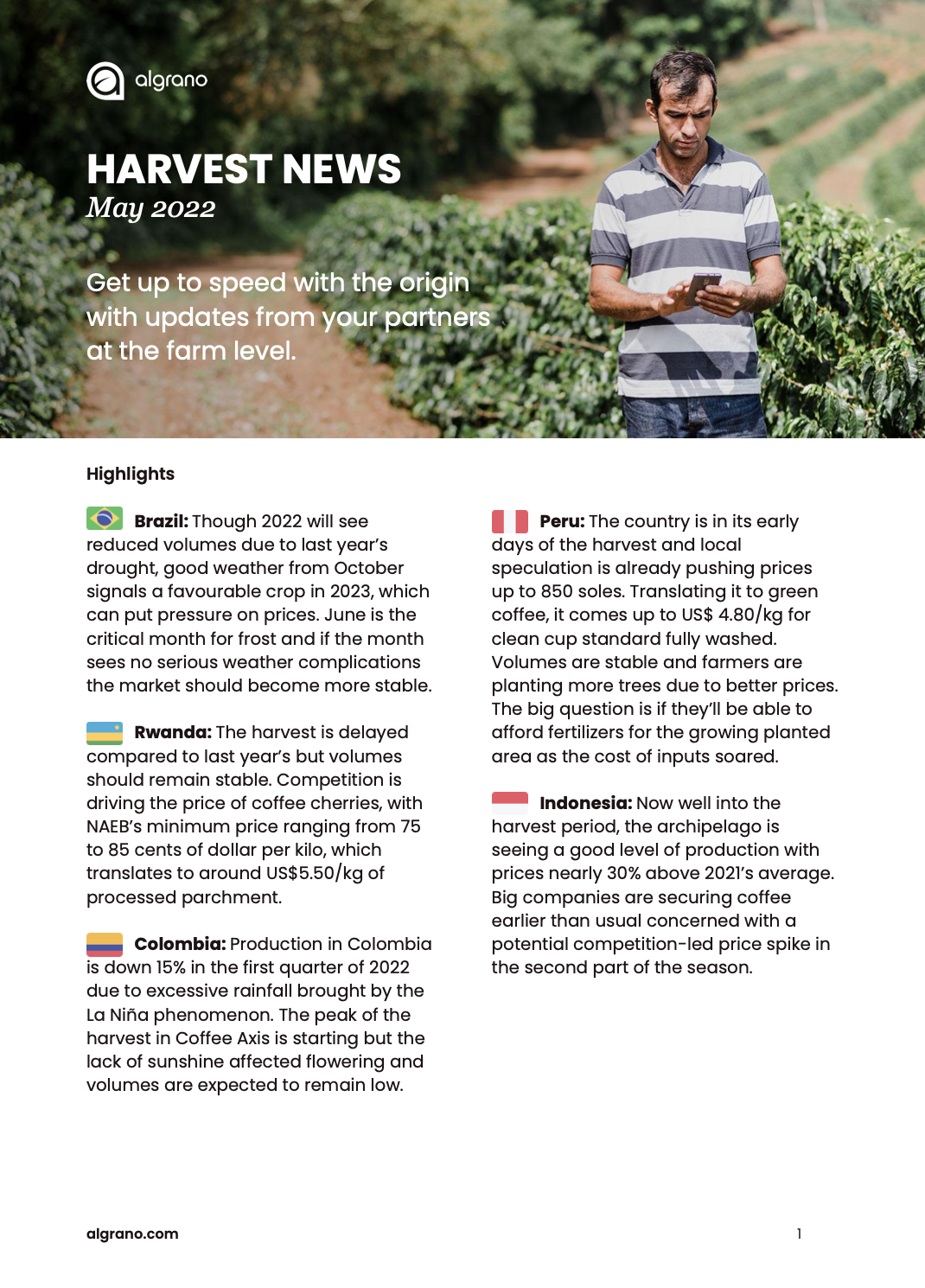