🔥 The Algrano Market Trends Review 2022 is out! Download your free copy!

Discover the beauty of Colombian coffees 2021

Discover the beauty of Colombian coffees 2021

Get the Harvest Report

Unlike other origins, Colombia has two peak harvest seasons due to two dry and two wet seasons. The main harvest period goes from October to December and produces around 60% of the year’s coffee and the remaining 40% are produced from April to June, a crop referred to as mitaca. The northern departments of Santander and Magdalena, however, have only season, which goes from around October to January.

Colombia is also a big producer of certified coffees, especially Fairtrade and organic. However, only a fraction of these coffees are sold with a certification. In a dynamic market as dynamic as this, producers need to adapt and find new ways to sell their beans. This is especially true for the Northern departments, which are still unknown to many roasters and overlooked when compared to the popular Huila and Nariño.

Algrano has developed a strong network of partners in Colombia during multiple visits of our team to the country. In these trips, we were able to meet like-minded growers and cooperatives focused on quality and also innovation. Slowly, these partners have become better and better at marketing their coffees through the platform, offering coffees that have proved to be favourites of many roasters and their customers.

Our partners are based in 3 departments of the EJE Cafetero, the biggest production region in the country: Caldas, Risaralda and Quindío. The North of Valle del Cauca, which borders Quindío, is the home of Cafenorte, one of our key allies in consolidating containers and who can offer exporting services to producers in other parts of the country.

Algrano also has partners in Cauca, Santander and Magdalena. The last two departments are based in the North of Colombia, where coffee was first introduced as a commercial crop in the country. Santander and Magdalena are both invested in regaining their long lost protagonism and farmers refer to the area as the Norte Cafetero or the Northern Axis.
Together, these producers offer a wide variety of coffees from blenders to high-end micro-lots and from chocolatey full-bodied cups to citric and fruity profiles. 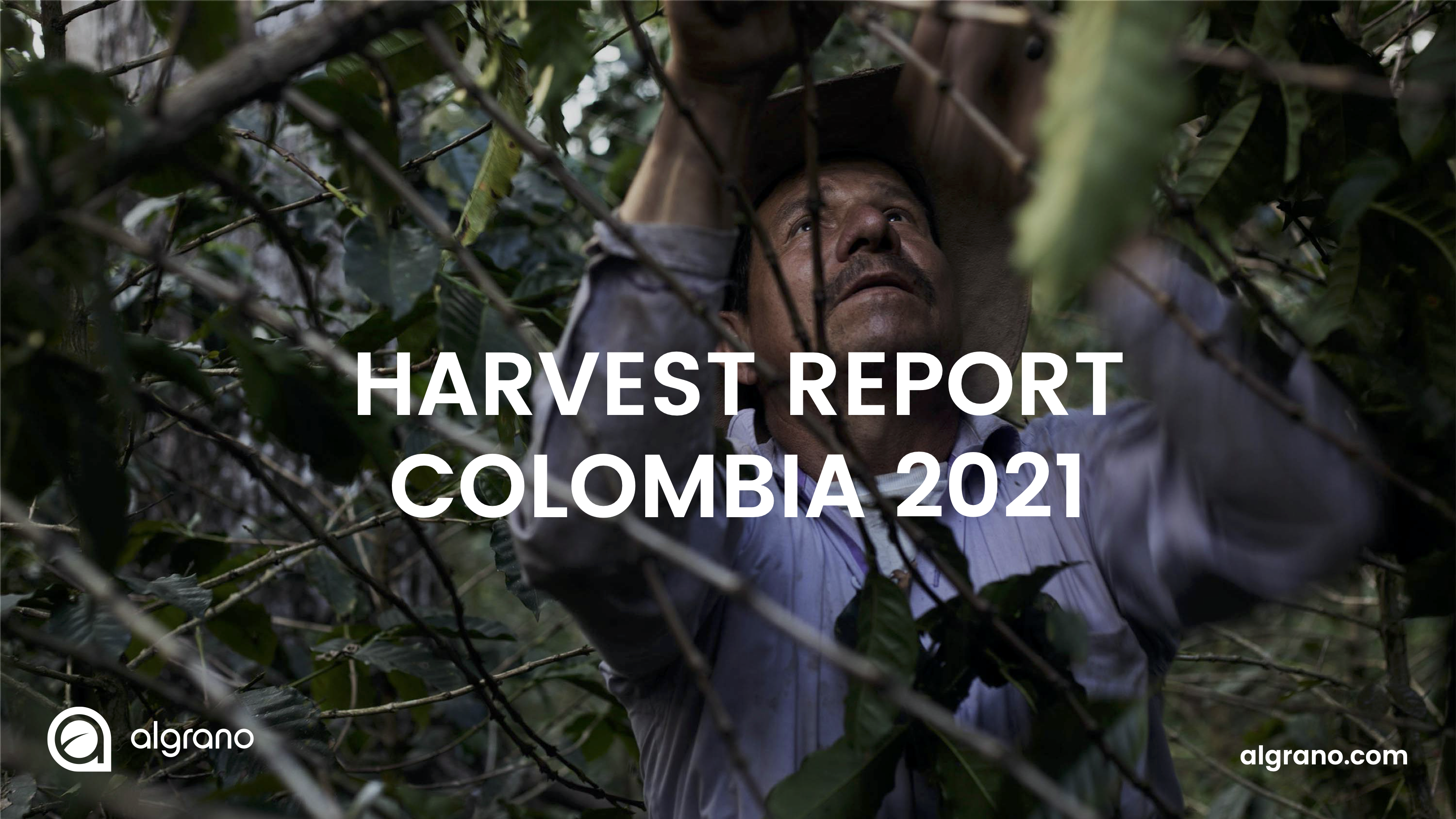